The internet was filled with lots and lots of pop culture this week! Highlights: Queer artists don’t owe you anything, Kanye’s ego is killing him, Taylor Swift’s new song samples a dolphin, keeping up with pop culture is a lot of work, celebrities can’t take critique, ‘Avengers: Endgame’ was disappointing, Bari Weiss has good taste in girlfriends, Anita Hill isn’t having any of Joe Biden’s bullshit, Catherine Pugh got raided by the IRS and FBI, and I’m still not over how we are disappointing David Attenborough.

1. Out: Queer Artists Don’t Owe You Anything ‘in the Age of Trump’

For the first Out magazine dedicated an entire issue to art. The May issue was edited by none other than Kimberly Drew, the internet’s favorite @museummammy.

Since Trump’s election, there has so much forecasting about his impact on funding for the arts.  As history has shown us, “it is true that art made in eras of civic unrest often resonates, it is equally true that artworks should never be divorced from the stories of their authors and co-conspirators.” It is also necessary to ask “how does the social history of a work inform both its practitioner and the artwork’s intended or inherited audience” as Drew writes.

When accepting the position of guest editor, Drew intended  “to create an issue celebrating the triumphs of queer and transgender artists and culture workers while answering questions about our duties as practitioners. I hoped that we’d speak to our boundless creativity while grounding ourselves in the reality of these dark times.” Right now “we’re in a moment where we need artists. That means artists may need us, too.” Yeah… so Kanye West is always interesting to me. And after all of his Trump-supporting, a-historical controversy last year, I’ve been interested to see if his aesthetic sensibility can overcome his intellectual treachery. That doesn’t seem to be happening.

It is no secret that Kanye has a history of comparing himself to god. And at the beginning of this year, he started a new project, Sunday Service. The goal of Sunday Service, according to Tony Williams, “is to be able to communicate love effectively.” Kim Kardashian West, Kanye’s wife, stated on Jimmy Kimmel that  “there’s no praying… There’s no sermon. There’s no word. It’s just music, and it’s just a feeling.” Kanye is seeking absolution, but it seems to be unclear if he wants it from god or from us. “Sunday Service is not his redemption; it is yet another self-serving mission engineered by an egomaniac and his enablers.”

3. The Atlantic: Taylor Swift’s ‘ME!’ Is Everything Wrong With Pop

Taylor Swift came out with a new song. Now, I know that I beef with her, but little middle school me did love Teardrops on My Guitar. Me!, her new song, however, is undeniably horrible, “evok[ing] a megachurch concert mass-dosed with ketamine.” Meant to be a summer bop, the sound of Swift screeching alone “may ruin summer 2019.”

Don’t listen to the song. You don’t want to be able to get it stuck in your head. But do read this review because it is FUNNY AF. I spend a lot of time each week doing my pop culture homework. Inevitably there are weeks when I don’t consume everything I should, or omit something that is breaking the internet, but this is because I simply don’t find it that interesting—a recent example being Lil Nas X’s Old Town Road.

At the moment, pop culture is “a rolling curriculum for the general populace which determines whether you make the grade as an informed citizen or not.” There are things we are and are not supposed to consume each week, and opinions we are supposed to have about them. It creates an essentialist critical approach to culture, privileging the hegemonic narrative above experimentation and flattening culture. Now, we don’t approach “everything with a sense of curiosity, we approach with a set of guidelines.”

5. BuzzFeed: When Did Celebrities Get So Bad At Taking Criticism? 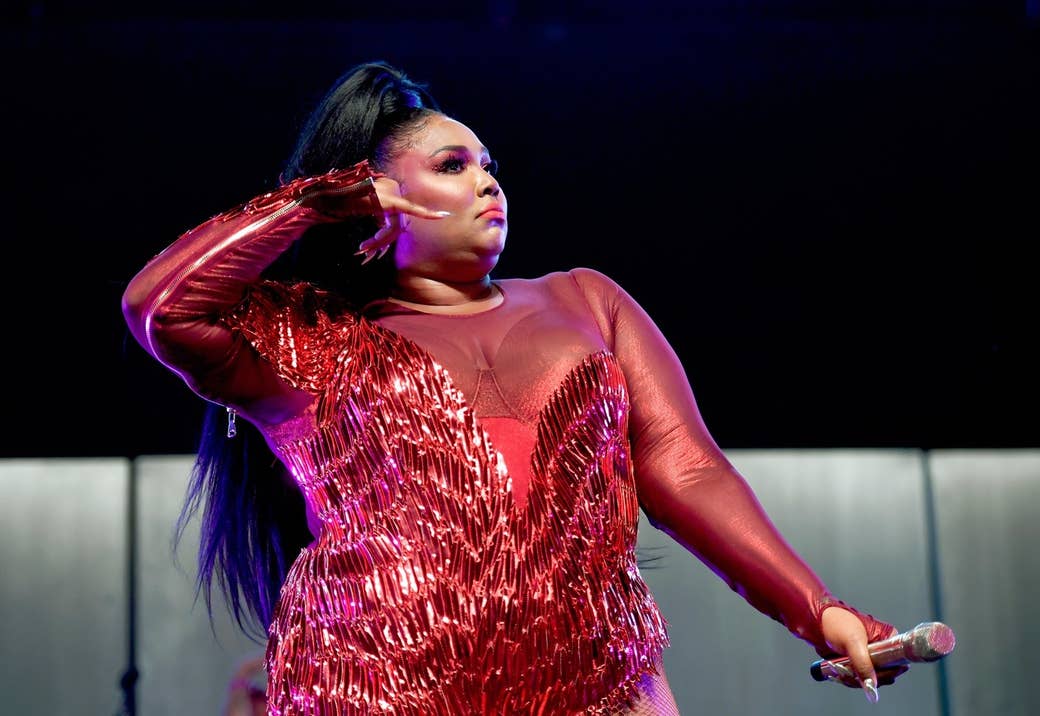 I love Scaachi Koul so much. Her writing is so good and so funny!

Critics and journalists, and the celebrities they write about, have been having major beef over the past two weeks. The list of celebrities includes, but is not limited to, Michael Che, Lizzo, Arianna Grande, Justin Bieber, and Olivia Munn.

“The core issue for these celebrities seems to be the idea that the media has a disproportionate amount of power over public narratives about artists and how their work is received.” Artists and critics have always “work[ed] in a complicated, symbiotic relationship where both need the other… but it’s not a journalist’s or critic’s job to fluff a celebrity’s ego.” The role of writers is to do “their best to honestly and insightfully assess your work or your public image is a misunderstanding of what we’re trying to accomplish,” not be fangirls to the famous. Avengers: Endgame is trash! I’m an MCU fan and see all of the movies in theaters, but tbh, I could have done without this one.

The movie is getting fairly positive reviews but for a franchise that just spent so much energy adding diversity to its universe with Black Panther, Captain Marvel, and Valkyrie from Thor Ragnarok, to basically have the whole thing be centered on Captain America and Iron Man, both white men, with most of the others as supporting characters, with the exception of Black Widow, also being white men was annoying AF! I mean I know they had to create endings for Captain America and Iron Man as Chris Evans and Robert Downey Jr. are leaving the franchise, but they didn’t have to do it at the expense of pretty much every other character. Further, large parts of the movie “felt so much more like a Remember When We Did This?” that were easy and boring.

Endgame offered a great and fulfilling ending for Thanos, but it didn’t do much for the rest of the characters MCU has spent over a decade creating. LMAO. This doesn’t really read like a profile as much as sponsored content paid for by Bari Weiss herself. If you don’t know who Weiss is, this title basically says it all. She is an Op-Ed writer and editor for the NYT, and people hate her. She was hired by James Benet, “who was looking to expand the spectrum of ideas,” and covers “hot-button cultural topics, such as #MeToo, the Women’s March, and campus activism, approaching each topic with a confrontational skepticism.”

The whole article is basically endless descriptions of how “she’s a kind and lovely person.” The only interesting things we learn is that she had pen marks on her boob while being interviewed—although we never learn why—and she used to date Kate McKinnon.

8. The New York Times: Joe Biden Expresses Regret to Anita Hill, but She Says ‘I’m Sorry’ Is Not Enough Joe Biden announced that he will be running for president after months of not-so-speculative speculation. Ahead of his announcement, he called Anita Hill to apologize for, according to his campaign, “his regret for what she endured and his admiration for everything she has done to change the culture around sexual harassment in this country.” He did this 28 YEARS AFTER Clarence Thomas’ Supreme Court Confirmation hearings, which Biden presided over as chairman of the Senate Judiciary Committee, and in which Hill accused the nominee of sexual harassment. He also only did this on the eve of a presidential bid.

Hill, wholly aware of the bullshit Biden is on, stated in a phone interview with the Times, “I cannot be satisfied by simply saying, ‘I’m sorry for what happened to you…I will be satisfied when I know that there is real change and real accountability and real purpose.” Anita Hill is not on any bullshit nor will she be accepting any of yours. This story is WILD, albeit somewhat expected. And the picture they used as the header image makes it seem like Baltimore’s Mayor Catherine Pugh does not give a fuck! Which is quite possibly true.

Amid the Healthy Holly book scandal, in which Pugh is suspected of receiving around $800,000 for the series, FBI and IRS agents raided her home and office. Members of Pugh’s administration seem to be getting fired or resigning left and right. As for Pugh herself? She is still on medical leave.

10. Vulture: Our Planet Is a Beautiful but Punishing Glimpse of Earth’s Worst-Case Scenario I know I already posted about Our Planet and its tragic walrus scene, but I’m still thinking about it. Our Planet is Netflix’s nature documentary series “overseen by Alastair Fothergill, the filmmaker behind The Blue Planet, Planet Earth, Earth, and a series of stand-alone wildlife documentaries for Disney,” and narrative by David Attenborough.

The “stylistic ordinariness” is just as beautiful and picturesque as any other Attenborough nature documentary, except that it brings up the mass murder of “Earth’s flora and fauna and the complex ecosystems they inhabit.” At times, “Our Planet seems to be whistling through a graveyard to forestall an attack of panic or depression,” engendering the “feeling that humans have let greed, cruelty, and indifference run wild for far too long.”

We have just disappointed David Attenborough so much.