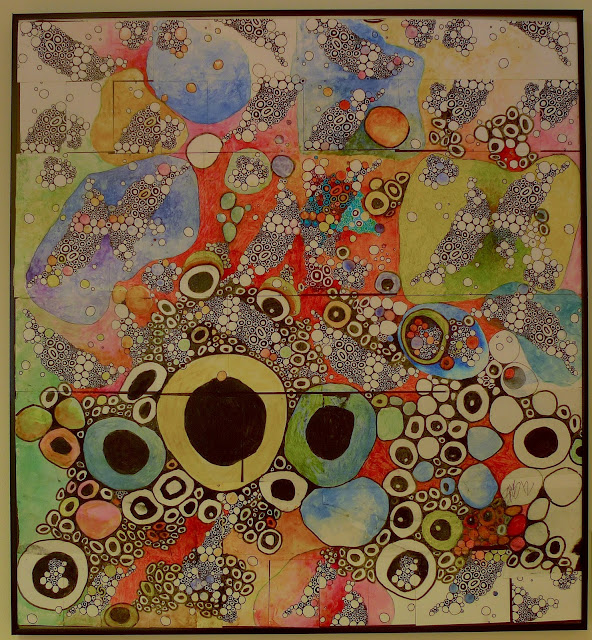 The stereotype of the artist as a lonely genius is hard to debunk, even though many famous and successful artists throughout history were surrounded by their peers. Even Vincent Van Gogh, the quintessential lone wolf of the art world, attempted to set up an artist colony with his colleague Paul Gauguin. That endeavor didn’t end so well, but it does speak to the importance of community for artists. Perhaps if the little yellow house in Arles had become a successful artist cooperative, Van Gogh might have kept his ear attached and we would have many more masterpieces to treasure. 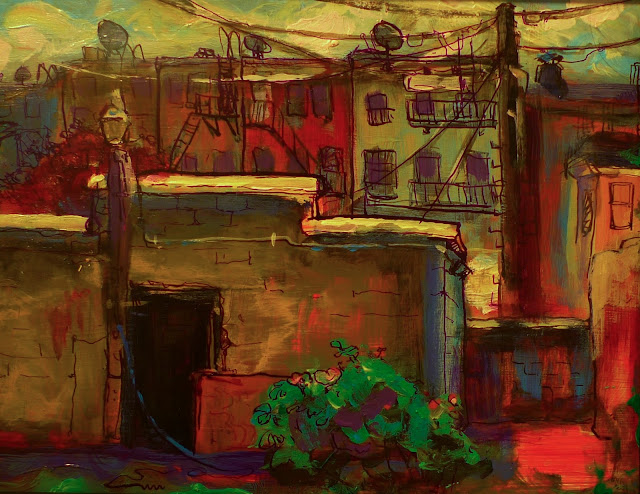 As long as artists have been making art, there have been collective groups of artists. Typically these artist-run groups center around a shared space or equipment, and generate opportunities for artists come together for exhibits, classes, workshops, and, well, community. The Towson Arts Collective, newly relocated to a storefront location on West Chesapeake Avenue in Towson, has rapidly become a go-to space for exhibits, hands-on art activities, and conversation for Towson-area artists. Its newest exhibition, Drawing Now, is an inclusive, rambling look at the potential for drawing techniques in the contemporary world. All the works came from an open call, and the exhibit features twenty-four different artists. The show veers from high-minded conceptual art to traditional rendering and features old-school graphite figures, three-dimensional graphics, digital iPad renderings, and a host of mixed media pieces. The show is the first curatorial effort of Devin and Kate Mack, a husband-and-wife team who have been members of the collective for several years. Devin Mack is an artist who has been creating wire sculpture for close to ten years and serves as monitor for the collective’s weekly figure drawing session on Wednesday nights. 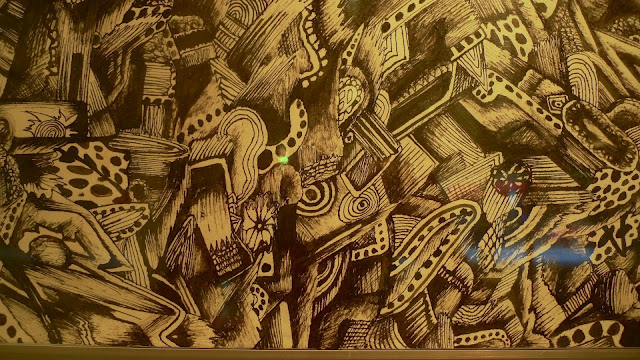 When entering the space, one large drawing across the room catches the eye. A realistically rendered still life, “Pins #3” by Corinna Stone, transforms a banal subject—metal push pins—into monument, where shiny metal and confrontational points become threatening and imposing. In an opposite shift on scale, Megan Amoss’ tiny acrylic and ink landscape painting, titled “Eutaw Place,” transforms the giant, sagging mansions of the location into an colorful, intimate impression. The majority of work in this show is realistic and figurative, and there’s something here for everyone, but, aside from these two pieces, I found many of the abstract works presented to be the most compelling. 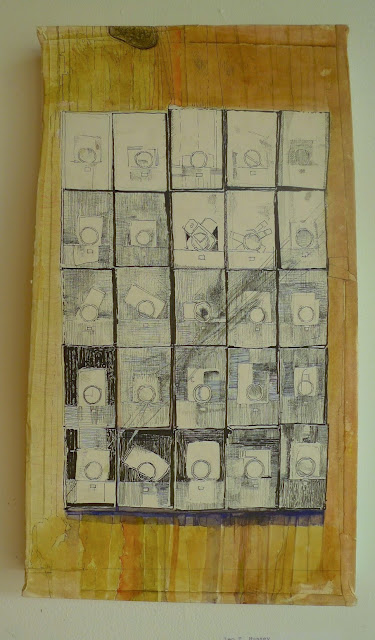 Displayed in the window, “Snack Machine Wooden” by Leo T. Hussey is an oddball mix of faux wood grain, linear cartoon, and comic doodle. It’s displayed as a three-dimensional object, with the drawing stretched over a not-quite-symmetrical shape; it’s unclear whether it’s intended to be satirical or earnest, but it possesses an oddly appealing energy. Howard Greenberg’s “Cards” is a bold, allover design in in black felt-tip pen. It falls somewhere between decorative pattern and OCD doodle, but its wonky line work reminds one of Philip Guston’s later drawings. Sarah Butcher’s “Fish Eyes and Eggs” relies on primary colors and rote repetition, where hundreds of simple, circular forms take on a powerful force as they accumulate in a variety of sizes. The most ambitious works in the show are by Brooke Sturtevant-Sealover, whose “The Notation of the Allocation of Consumption and Progress1C” merges the aesthetics of a topological map with wooden Jenga pieces and piles. Although it’s three-dimensional and displayed on a pedestal, the artist considers the work to be a drawing, with each organic plywood layer incised with fine lines and subtle color shapes. In another drawing, Sturtevant-Sealover displays rolled scrolls of vellum on a table, with her notations fading into layers of the semi-transparent paper. 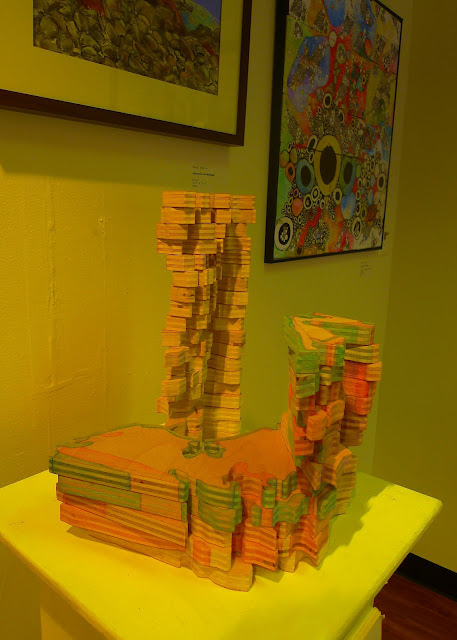 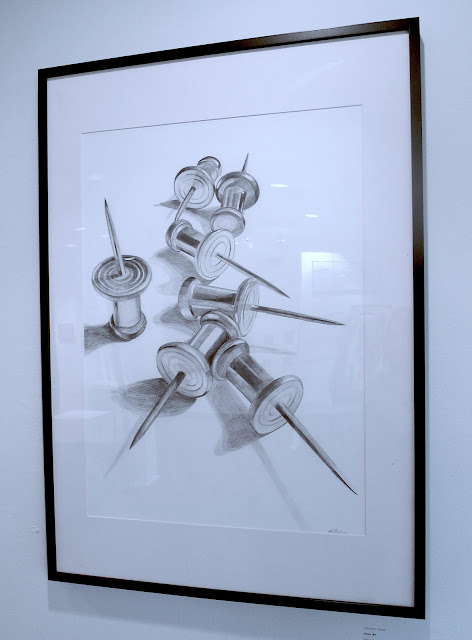 When choosing works for the show, the curators’ goal was to present a variety of approaches to drawing and to create an inclusive atmosphere for artists. From my perspective, they were successful on both counts, although it is always a visual challenge to display such divergent works all together. click to enlarge Brook Sturtevant-Sealover. The Notation of the Allocation of Consumption and Progress1C. Colored Pencil and Graphite on Plywood. “It’s been great getting to know so many new artists,” says Devin Mack. “We have gotten many positive responses already about the exhibit and the work.” 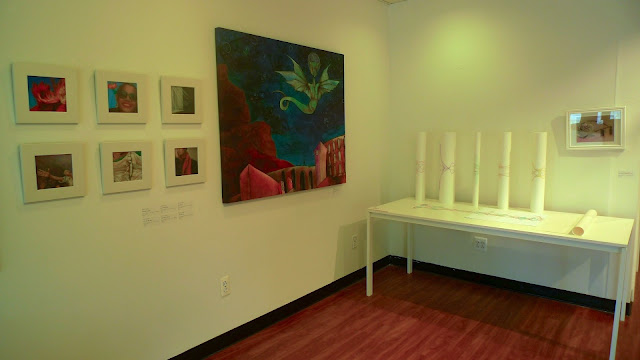 Besides creating opportunities for artists to exhibit, and potentially sell, some of their work, the show is a great way for the art collective to add to its membership. The collective currently boasts hundreds of members, but each participating artist has the opportunity to volunteer in the gallery in exchange for a better commission on any works sold in the show. Once artists begin to volunteer in the space, they often become more involved in the collective’s events, participating in more exhibits, and contributing their own energy and ideas to the community. 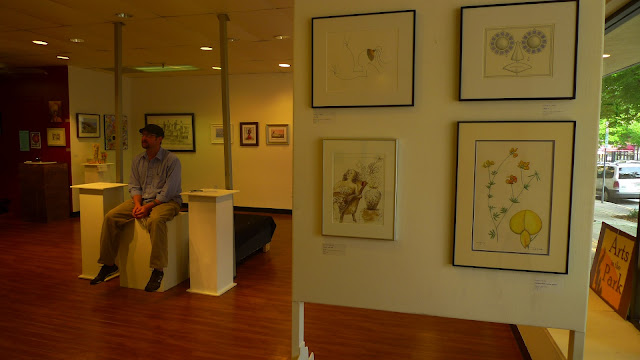