MICA will host The Narcissism of Minor Differences, an exhibition showcasing 18 acclaimed artists, including Francisco de Goya, Philip Guston and Sam Durant, that will explore the dark side of intolerance using art, historical artifact and documentation, Thursday, Dec. 9, 2010-Sunday, March 13, 2011. Through more than 40 objects and four installations, the exhibition, in the Fox Building’s Decker and Meyerhoff galleries, 1303 W. Mount Royal Ave., will examine different types of intolerance by various groups: from the most overt to the benign and sublimated, from the kind of intolerance that excludes to the type of intolerance that kills. A reception for the public will be held on Thursday, Dec. 9, 5-7 p.m.

“The idea that intolerance holds only one form or one direction is false-large groups can be intolerant, leading to genocide and civil wars. Yet intolerance finds its way into the most comfortable living rooms, boardrooms and doctors’ offices,” said Gerald Ross, MICA’s director of exhibitions and co-curator of the exhibition.

Through the art and historical objects in the exhibition, visitors will be able to examine intolerance, an act that can take place outwardly or inwardly during critical reflection as one tries to self-preserve, identify and, at times, marginalize, segregate or eliminate that which conflicts with one’s identity, even in regard to a small discrepancy. This could be thought of as the narcissism of minor differences.

Additionally, from Friday, Jan. 28-Sunday, March 13 in Bunting Center’s Pinkard Gallery, 1401 W. Mount Royal Ave., foundation faculty member Dennis Farber will present images and albums that revive the memory of those who died in the genocides of the past century.

“The exhibitions are not conceived to shock, although the hope is that the powerful works and the ideas behind them will provoke response and initiate dialogue,” said Christopher Whittey, exhibition co-curator and vice president for academic affairs and dean of Maine College of Art. “Intolerance of others is as common now as it has ever been, perhaps even more so, with the advent of the Internet and its relatively anonymous accessibility.”

A newsprint-style catalog with curator essays and black-and-white images, with the look and feel of a mass-produced political publication, will accompany the exhibition. A cell phone tour will also be offered in the exhibition. 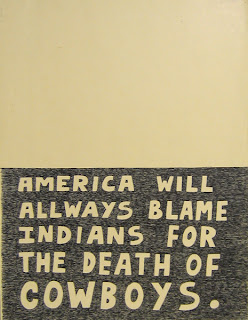 MICA’s galleries, which are free and open to the public, are open Monday-Saturday, 10 a.m.-5 p.m.; and Sunday, noon-5 p.m. They are closed on major holidays.