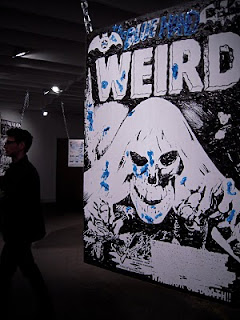 On December the 11th, 2010, Open Space will be hosting a party to celebrate both the closing of the show “Visible Matter (Above Ground)” and the release of Closed Caption Comics Issue 9.

Visible Matter (Above Ground) features the work of Noel Freibert and Carlos Gonzales. Noel is a member of Closed Caption Comics as well as an accomplished musician and security guard. Carlos Gonzales is the creator of the comics series “Slime Freak” and performs music under the name “Russian Tsarlag.”